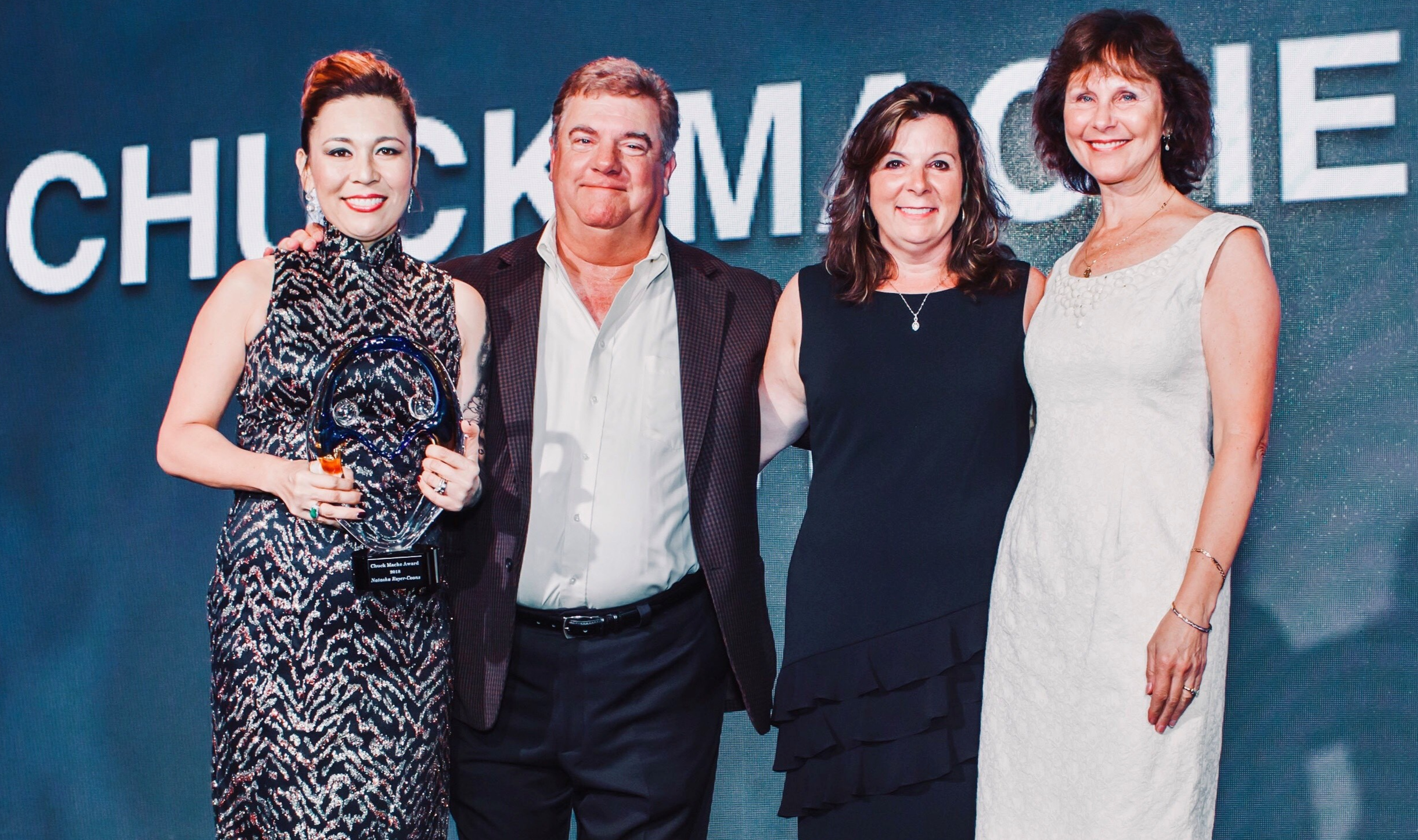 Chuck Mache was a best-selling author, sales executive, coach and mentor who worked with Intelisys executives and many of their top sales partners from 2006 until his passing in 2017. Mache had a profound impact on the growth and development of Intelisys’ leadership team, helping them build an extraordinary performance culture, and was beloved by everyone in the Intelisys community.

“Chuck helped people find the courage to depart the safety of the status quo and find breakthrough performance and development that lasts a lifetime,” said Jay Bradley, president of Intelisys. “True, game changing personal development is very hard work. And in that spirit, this award recognizes a person who craves and welcomes that hard work to honor the memory of Chuck, and how he helped so many of us become better colleagues and better human beings.”

A select group of Intelisys colleagues and partners who worked with Chuck nominated several worthy candidates for the award, according to Bradley. About Royer Coons, they wrote:

Natasha truly epitomizes what it means to be a role model. She is never
afraid to broaden her knowledge and take risks in the development of
herself and her business.  She built a solid business as a technology
consultant, pivoted to become a successful carrier, sold a majority stake
in her company and recently started a new venture.  She is the queen
of hustle.  And through it all, she made time to help colleagues grow
their own business while raising two incredible children. That she is so
generous with her time and talent is awe-inspiring. Her relatable
manner and relentless focus on upping her game makes her an ideal
nominee for winning the Chuck Mache Award.

“I’m so grateful to be a part of this amazing community [Intelisys],” said Royer Coons. “Chuck was such an inspiration. I talk about him all the time to my team. He taught me to be fearless, and to live life with gusto. I think we all need to strive to be the best version of ourselves, and to influence, motivate and inspire others to do the same. I’m deeply touched and honored that my colleagues at Intelisys think I’m worthy of an award in Chuck’s name.”

WATCH THE VIDEO of Royer Coons accepting the Chuck Mache Award at Channel Connect 2018, one of the industry’s premier networking events.

Sorry. This form is no longer accepting new submissions.