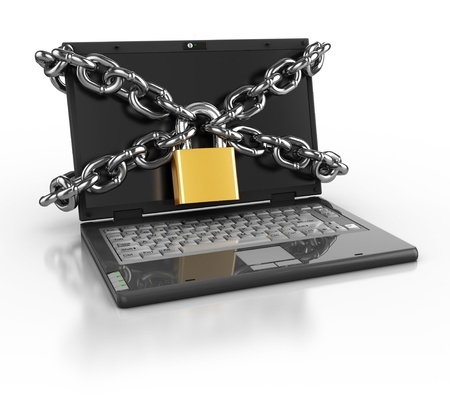 Industry analysts such as Stephen DiFranco, principal at the IoT Advisory Group, predicts the Internet of Things (IoT) market will lead to 20 billion connected things by 2020. There will be more IoT devices than PCs, tablets and smartphones. For every person living on earth, there will be at least 2 and maybe even six “connected things” such as parking meters, appliances, medical equipment, vehicles, and of course, mobile devices.

As an early provider of M2M/IoT networks, we’ve seen the benefits firsthand of how IoT enablement can enhance business operations, reduce costs and increase access and speed to markets. However, the road to billions of connected devices is raising privacy and security concerns, especially considering the escalating number of cyberattacks recently. Almost half of all companies in the U.S. using an IoT network have been the victims of recent security breaches, according to a survey produced by strategy consulting group Altman Vilandrie & Company.

There have been several high profile IoT-centric attacks. Stuxnet, the attack ostensibly launched to sabotage the uranium enrichment facility in Natanz, Iran, targeted and exploited “smart controllers” to destroy up to 1,000 centrifuges. Marai botnet infected all manner of IoT devices including routers and IP cameras to flood DNS provider Dyn with a distributed denial-of-service (DDoS) attack that eventually took down Etsy, Netflix, SoundCloud and Spotify, among others. Cold in Finland and BrickerBot are two more examples of hackers exploiting unsecured devices to bring down networks, websites and services.

The 2017 SonicWall Annual Threat Report gives us an idea of the growing threat, claiming that ransomware attacks increased from 3.8 million in 2015 to 638 million in 2016, a 200x increase in just one year. That kind of growth is astounding, and the threat will only intensify as machines and devices continue to connect around the world.

As an experienced machine-to-machine (M2M) solution provider, TeraNova has partnered with several industry suppliers to deliver equipment, security and connectivity for IoT networks over the past few years. More recently, we partnered with Modus, a leading supplier of vehicle telematics to launch a fleet management and vehicle tracking solutions portfolio. But we’re also laser-focused on the security aspect, which led to a partnership with Webbing as well as MobilePhire, a provider of IoT security and network management.

The tech is fabulous and it’s available for beta trials at no cost to companies that already have some IoT, M2M or telemetry deployed, or are considering it…

With MobilePhire, enterprises can deploy IoT devices onto a private network, easily manage them from a centralized platform, and analyze and identify threats with real-time visibility. Connections are encrypted and secured end-to-end, protecting against DDoS, phishing, IoT botnet and spyware attacks. In addition, the MobilePhire platform can partition IoT traffic into a secured segment and easily quarantine IoT devices if there is a network breach. The platform also prevents unauthorized devices from accessing the network and automatically updates security policies, reducing the need for manual security patches.

The tech is fabulous and it’s available for beta trials at no cost to companies that already have some IoT, M2M or telemetry deployed, or are considering it, according to Chebem Chukwu, CEO and co-founder of MobilePhire.

MobilePhire’s first customer is an oil and gas company with pipeline facilities. Each facility has a wireless router with a SIM card in it. Before working with MobilePhire, the company got hacked through the wireless carrier network connection. Company stakeholders’ first response was to go to the router manufacturer for a firmware update.

“The router company tried but couldn’t help because it’s the connection that counts,” says Chukwu. “There is no standardization right now. But there is a common denominator with the SIM card that is inside that hardware. That’s what we secure so we can control who you talk to at endpoints, encrypt data, and take it off of the public internet entirely.”

“That is why we’ve partnered with companies like MobilePhire and Webbing,” she says. “We want to help our clients and our channel partners deploy cost effective, operationally elegant, IoT enablement solutions that help companies operate more efficiently and securely in an increasingly connected economy.”